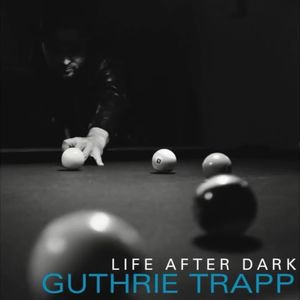 Colorado Blues Society Votes Jimmy Hall as Favorite National Performer and Favorite Live Moment!
Jimmy is no stranger to Colorado and there is a reason, his fans love him there! On December 3, 2017 the Colorado Blues Society awarded Jimmy with it's Member's Choice "Creighton Holley" Awards  for Favorite National Performer and for Favorite Live Moment as a result of voting by the CBS members. 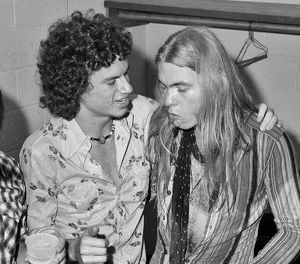 Excerpt: " Beck then changed the mood again bringing out his longtime collaborator Jimmy Hall, the former lead singer and harmonica player for the Southern rock band Wet Willie. Hall has played with Beck as far back as 1985, when he was nominated for a Grammy his work on Beck’s album Flash. The band with Hall on the microphone launched into two soul drenched blues covers of  “Morning Dew” and “A Change Is Gonna Come,” by Bonnie Dobson and Sam Cooke respectively. On the latter, Hall was able to hit some ear shattering and starling high notes that wowed the crowd and repeatedly brought them to their feet."

Excerpt: "Then it was off to the races, with Beck leading his ensemble through a rapid-fire half-dozen Yardbirds and Jeff Beck Group rockers. “Over Under Sideways Down” had the same youthful energy as it did when Beck and the lads were humping their equipment around England in a van with “Yardbirds” painted on the side of it. And “Morning Dew” was handled deftly by Jimmy Hall, standing in for Stewart. The Blow By Blow-era “Freeway Jam” and the heart-rending instrumental “Because We’ve Ended As Lovers” set us up for Beck’s first special guest, Jan Hammer."

Excerpt: "Beck’s best were his cover of Bonnie Dobson’s “Morning Dew” with vocalist Jimmy Hall, which brought Beck back to his seminal  blues rock. (Hall’s vocals also were very good on a cover of Sam Cooke’s “A Change is Gonna Come,” and Beck’s sound again not just speedy, but big and full.) "

Kai Turner of Strictly Blues Interviews Jimmy Hall
Kai Turner catches up with Jimmy and discusses the current tour with Jeff Beck and more. Have a listen!

Gregg Allman:
"Jimmy Hall is the hardest man to follow on stage that I ever worked with”.
"I love that man... if his singing won't kill you he will get you with his sax!"

“Music legend Jimmy Hall, stretching the known boundaries of blues music. His craft, singing, playing the sax and blues harp is well-seasoned and honed to a fine edge. “

“He’s a bona fide American institution. He’s lived a million tales in his career, and there’s another million told about him. His distinctive and classic R&B voice was custom-made for a steamy roadhouse. Gloriously greasy and perfectly raspy, he’s a stellar sax man and a master of the blues harp who plays with passion oozing from every pore. His stage performances are nothing short of spine-tingling…Take in a show. You’ll be blow away. I guarantee!”